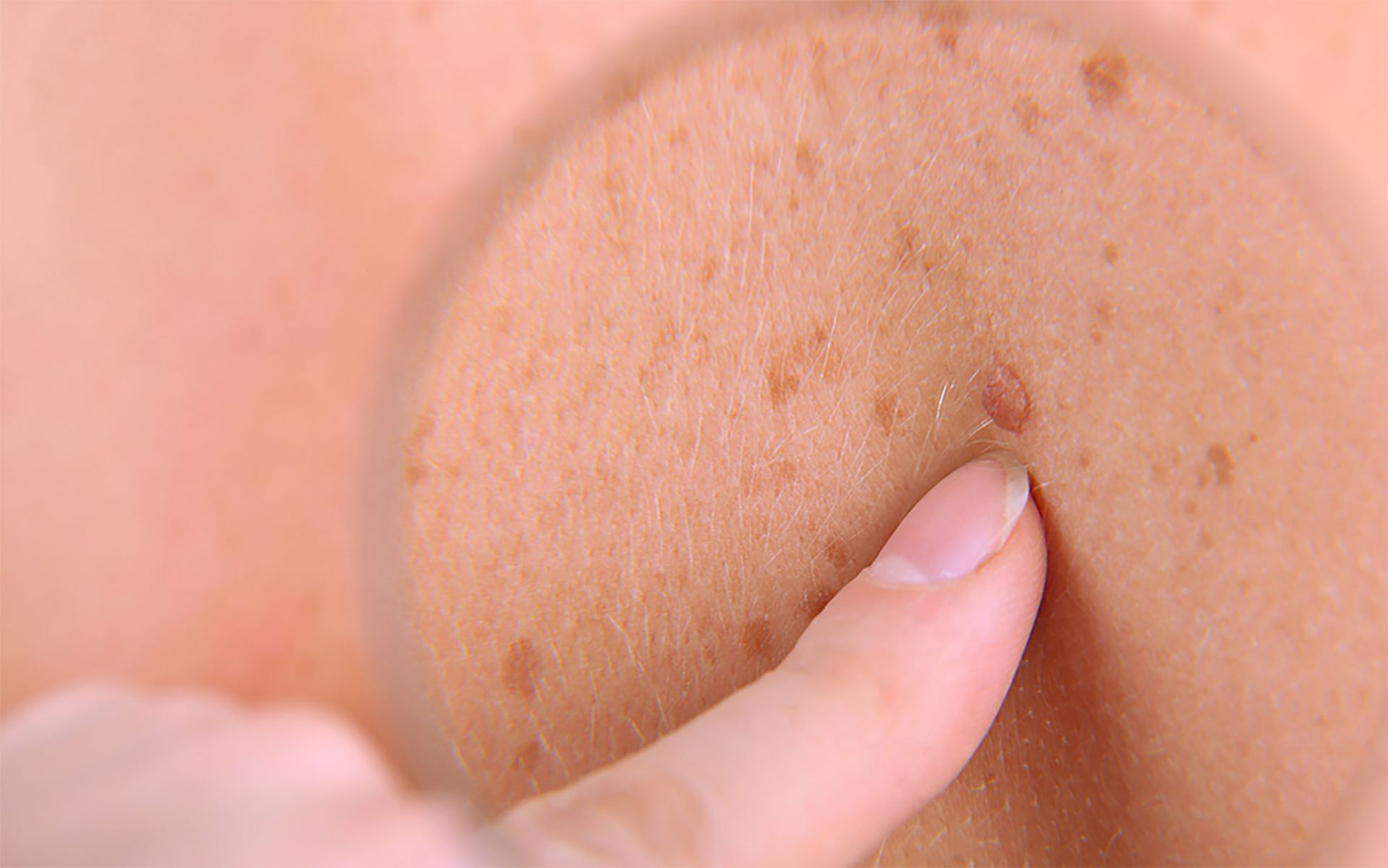 One in five Americans will develop some type of skin cancer over the course of their lifetimes.

The type of treatment a patient receives depends on the following:

Melanoma – Melanoma is a specific type of skin cancer that begins with the cells that produce pigment. Melanoma can occur on any skin surface and rarely in the eye.

The clinical signs of identifying melanoma are detected by simply using your “ABC’s” as follows:

The ABC’s of melanoma can help you to determine is a mole is possibly problematic.

So, if you have a mole with any of the ABCDE findings that are described above, it is super important to call and have your mole evaluated by one of our skin experts to see if it may need a biopsy to confirm the diagnosis.

Non-melanoma skin cancers -Basal cell carcinoma – This is the most common form of skin cancer, with more than 4 million new cases each year in the U.S.

It is usually caused by sun exposure and doesn’t normally spread to other parts of the body. They tend to grow very slowly and occur most often in sun-exposed locations. Often a patient may notice a growth that may be waxy or have a pearly appearance, with a rolled border. Often patients will notice a growth will crust over, heal, then crust and scab again. This is a common history for patients that present for evaluation with a basal cell carcinoma. Fortunately, basal cell carcinomas are almost always successfully treated based on the specifics of a patient’s problem.

Squamous cell carcinoma – This is the second most common form of skin cancer, with more than 1 million new cases each year in the U.S.

Sun exposure is also a major cause of these cancers. These lesions often appear in sun-exposed locations, may grow more quickly, and are sometimes painful. Squamous cell carcinomas are more potentially dangerous to patients as they have the potential to spread to regional lymph nodes and cause even more problems. Their appearance may be described as a pink nodule with a central crust, sometimes resembling a small volcano.

The diagnosis of a skin cancer is confirmed by a skin biopsy that is routinely performed in the office using local anesthesia. At SCPOG, we are obsessed with reducing discomfort for our patients and are able to inject local anesthetic virtually painlessly using new techniques

Fortunately, the overwhelming majority of skin cancers are successfully treated in the office by one of several methods. The treatment options for a particular skin cancer are reviewed with each patient and a treatment plan is individualized. These options range from using a topical medicine for tiny very superficial lesions, to various surgical options which include:
Skin Care Physicians of Georgia specializes in evaluating and treating difficult and recurrent skin cancers. Dr. Kent has performed over 38,000 Mohs surgery cases over the past 33 years. For advanced and complex cases that may require anesthesia, Dr. Kent has OR privileges at the major hospitals in Macon, and if necessary, present cases for discussion at multidisciplinary tumor conferences. For more detailed information about skin cancer, visit https://www.skincancer.org/skin-cancer-information/skin-cancer-facts/

SCHEDULE YOUR CONSULTATION*
*Cosmetic consults are complimentary. Medical consults are subject to a fee.
SCHEDULE TODAY
Previous
Next